I received a few emails asking for me to write about different foods beginning with the letter C.  Since my initial post during this Pagan Blog Project, I was unsure how it would be recieved.  I am happy and thankful to all those that leave comments directly on this site, on the PBP FB page, as well as those that choose to email me directly.

This past week, I decided to let you the readers choose which topic for the letter C as well by placing a voting poll on my site.  The poll's overall winner was Cardamom, I am still not feeling the greatest, so I have not been able to get as much research I would like to have done completed.

According to Scott Cunningham's book Encyclopedia of Wicca in the Kitchen, Cardamom is feminine and ruled by the planet Venus.  For element, he list that it is Water but I think Cardamom with its warming spiciness, is ruled by Fire.  I think the element of Fire is further supported by its magical correspondence to be used in passsion, love and lust spells.  I suppose this can vary per person just as with color and herbal correspondences, what works for one person may not necessarily work for another.

Cardamom also is known to be one of the top three most expensive spices following that of Saffron and Vanilla beans.  Used by Romans, it was offerred as a gift to the Gods by burning it in their honor.  As an aprhodisiac, it is also thought to increase passion and love to strengthen marriages and relationships.  As a medicinal, it can aid digestion and ease sore throats.  It also helps the organs of the liver, stomach, and intestines. 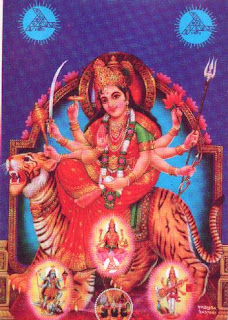 Along with being a spice for the Goddess Venus and Aphrodite, I found alot of reference to the Goddess Durga.  Cardamom is used as an incense burning to honor Durga.

One thing I do every morning is I like to light a candle on my stovetop then start my water boiling for my morning tea.  One of the teas I like to drink is Chai.  Cardamom is used in my Chai blend.  While the kettle is gaining heat and coming to a boil, I like to meditate on what I like or need to accomplish for the day.

My favorite Chai recipe is as follows: 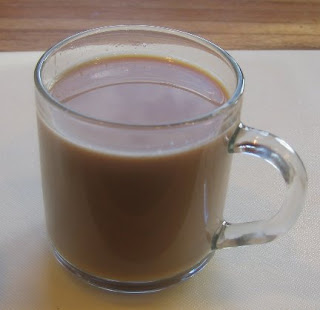 Boil the following for five minutes.

Remove your pot from the burner, add your favorite black tea (I use two tea bags) and steep for ten minutes covering the pot.

Just before serving strain mixture thru a cheesecloth, strainer, or coffee filter then add:

I enjoy a few cups of chai while it's still hot and then put the rest in the fridge to enjoy throughout the day.